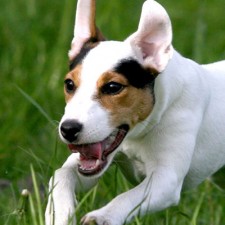 Perhaps because dogs are capable of forming very powerful bonds with their human owners, we often think of them as both friends and family members. One thing that is easy to forget, however, is that dogs don’t think like people.

They see and interpret things with a completely different mentality than we do. To truly understand your canine pal, you’ll need to understand Fido’s perspective. In this article, a Lafayette, LA vet offers advice on understanding dogs.

Fido is hardwired to function as part of a pack. For animals that live in groups, pecking order is very important. Your beloved pet may very well be proclaiming his dominance or submission with some of his everyday doggy behaviors.

Many canine behavioral issues develop because dogs are allowed to think they are the pack leader. Jumping on people is one example of this. Pulling on a leash can also signify that Fido thinks he is in charge. It’s very important for your dog to understand that you are the pack leader, not him!

Does Fido act up when left alone? If so, he may have separation anxiety. Dogs in the wild are very rarely, if ever, by themselves. Your canine pal may become anxious, sad, lonely, and even depressed when separated from his pack. This is another way pack mentality affects canine behavior.

Much of our furry friends’ communication is non-verbal. In other words, canine body language is essentially canine language. To get to know Fido, focus on one aspect of his physical communications until you can detect nuances in his mood.

Tail wags, while often the mark of a happy dog, can have a whole range of meanings. Study his tail movements for a few weeks, then move on to another area. Facial expressions, eye position, head position, and even tongue and mouth movements can all be very telling.

Hugs among people are considered signs of affection. Our canine pals, however, don’t always see it that way. Hugging your furry best friend is one thing: if Fido knows, loves, and respects you, he probably won’t mind, and he might even hug back. Hugging strange dogs, however cute they are, is another story. Some dogs interpret this as a sign of aggression. After all, dogs don’t usually hug each other!

Contact us, your Lafayette, LA veterinary clinic, for all your dog’s veterinary care needs!

Welcome to The Veterinary Clinic at Gloria Switch

The Veterinary Clinic at Gloria Switch Veterinary Services have been providing quality health care services to pets in the Gloria Switch area with over 30 years experience. It is our aim to provide quality preventive, diagnostic and medical services so each of your precious pets lives a long and healthy life.

Appointments with veterinarian start at 9:00 am.

The Veterinary Clinic at Gloria Switch